This blog features a commission on Photosynthesis. It is a future label for the awesome Holden wine company. I have also included a small collection of my science based work.

In regards to photosynthesis there are so many things that happen on a molecular level that we owe our very existence to, it happens within a tiny universe that is silent and seemingly still. I used to think it was the large,chaotic and strong that governed this enigmatic reality, but as I expand my overall understanding of science I do not feel that way anymore. 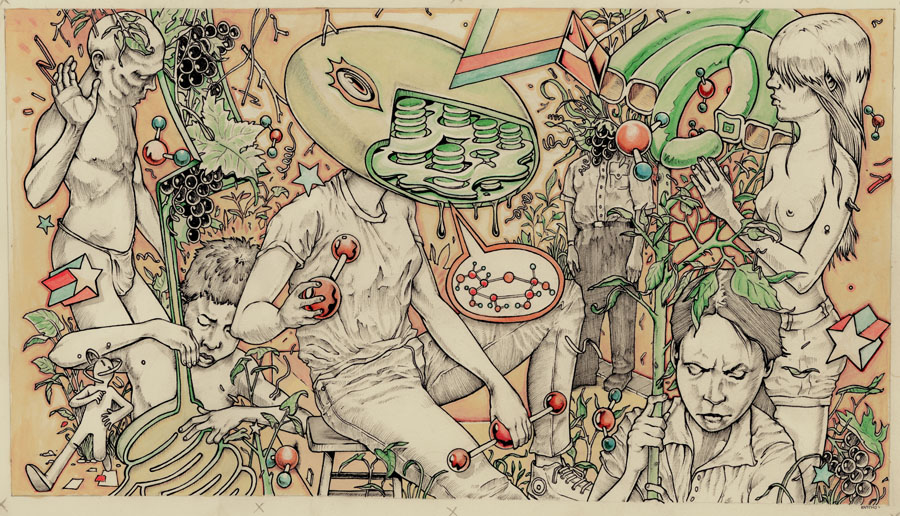 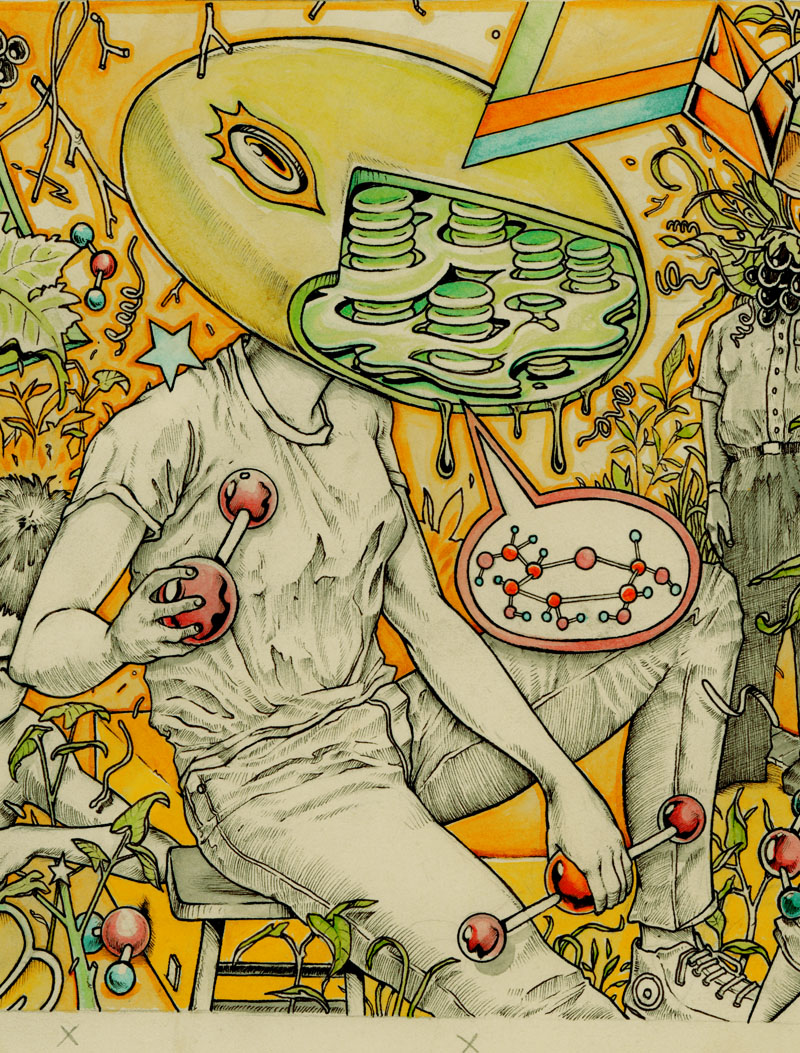 Floating in the atmosphere are H20 molecules, The figure with the head of Chloroplast holds up an Oxygen (o2) molecule to give to you, and a Carbon Dioxide (Co2) molecule for themselves. Light is refracting and bouncing off their head going through the Thylakoids (which are exposed for you to see stacked as coins to form granum) acting as a catalyst for the Calvin cycle resulting in glucose which is the molecule that is described within the word bubble. 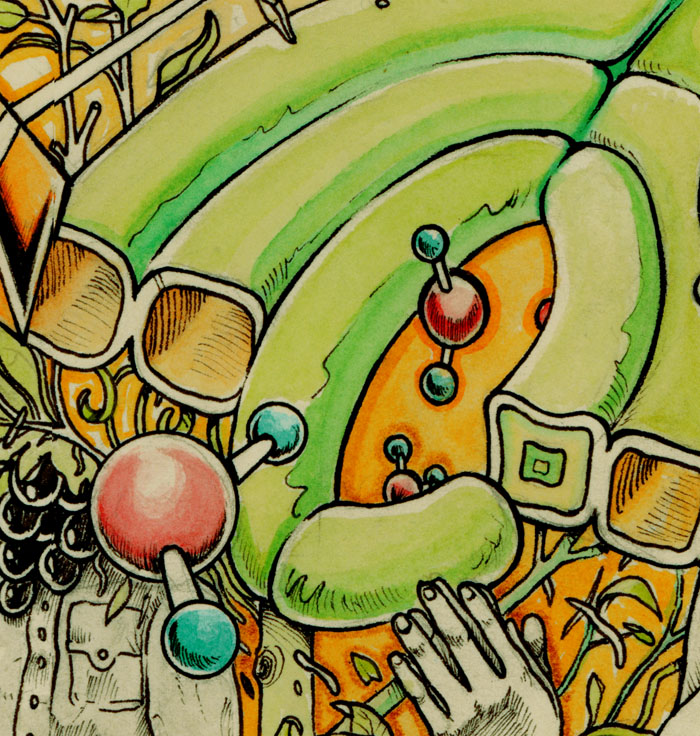 This is a cross section of a Guard Cell. The guard cell allows gasses to enter the plant cell. Without those little guys, photosynthesis would not occur and life as you know it wouldn’t even exist. Sadly I depicted water molecules floating into the cell when actually the water reaches the cell via the transpiration stream with water taken up by the roots, my bad.

A dude playing a cross section of granum like an instrument 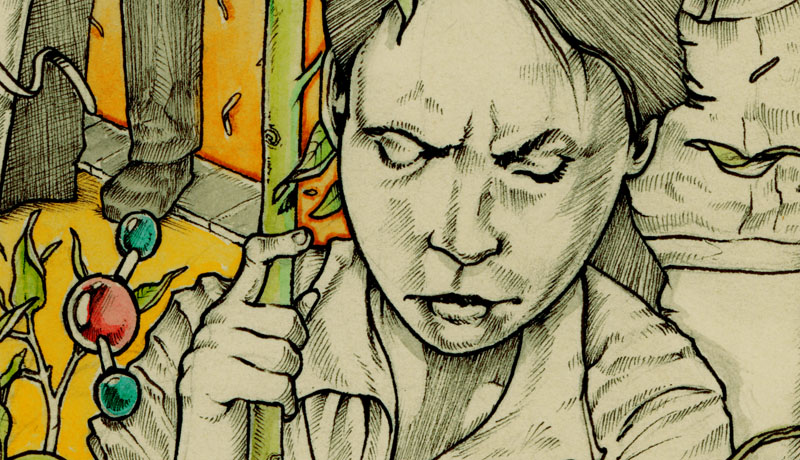 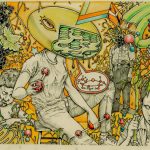 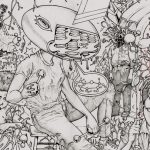 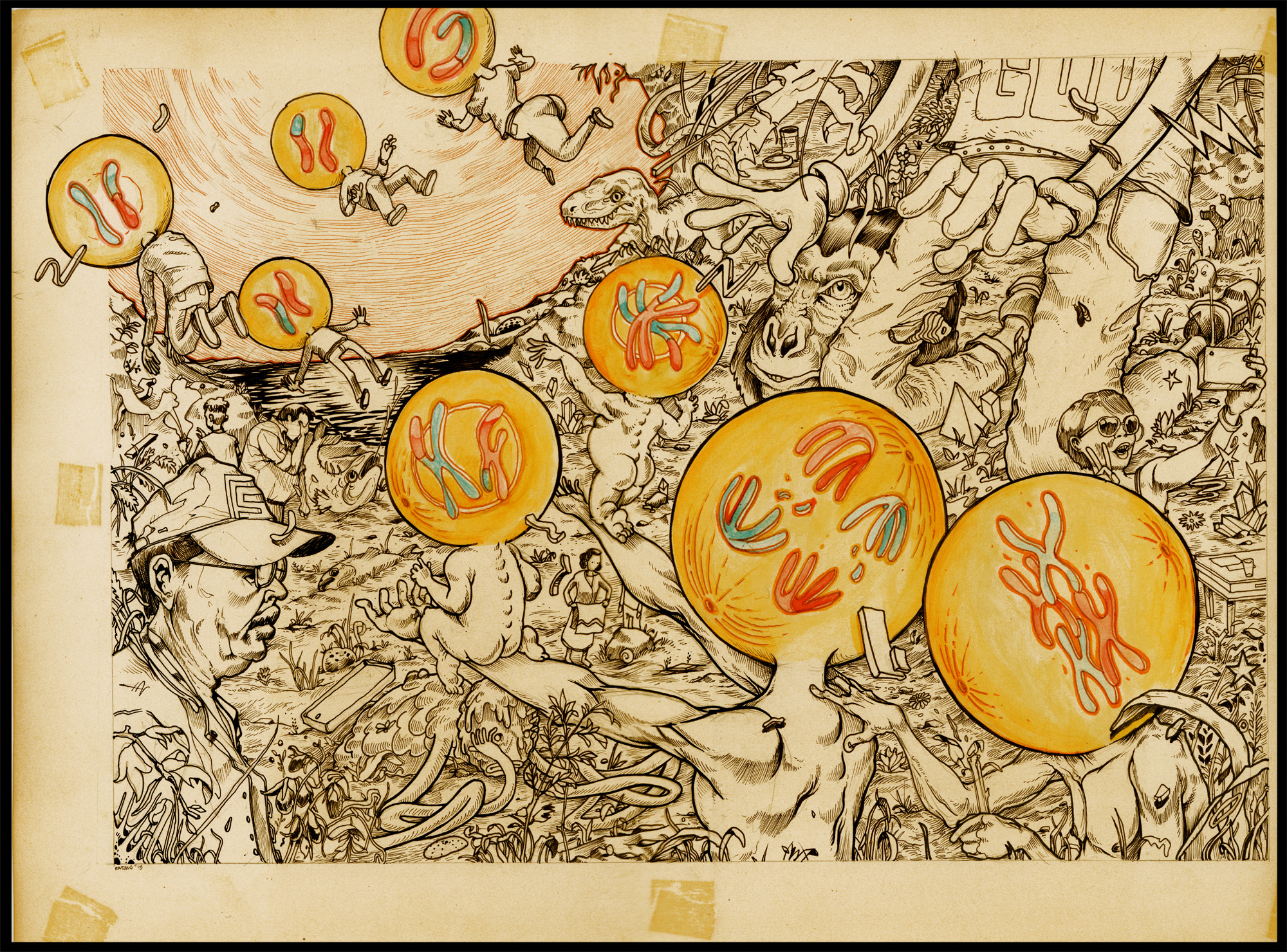 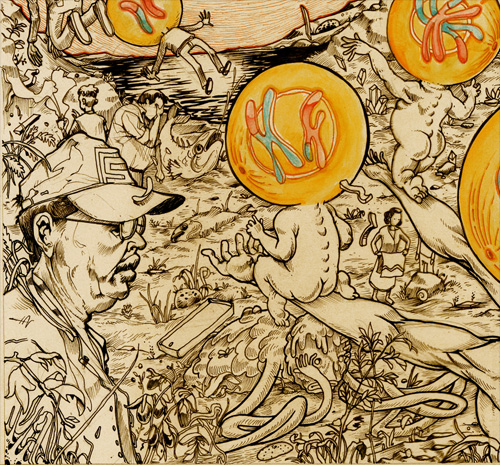 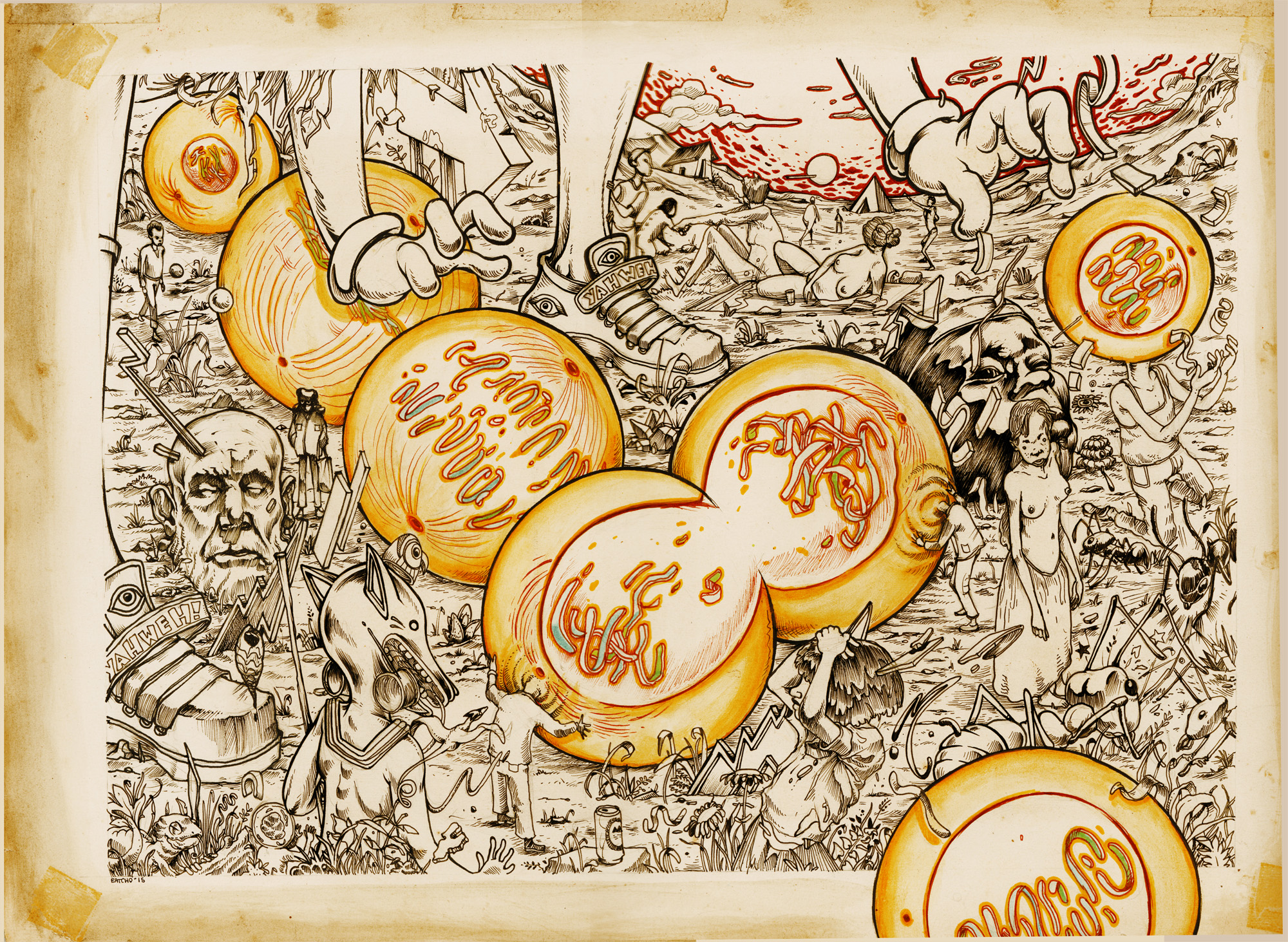 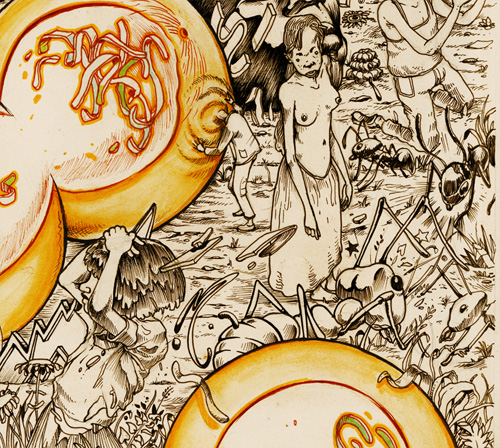 Light as a particle and a wave 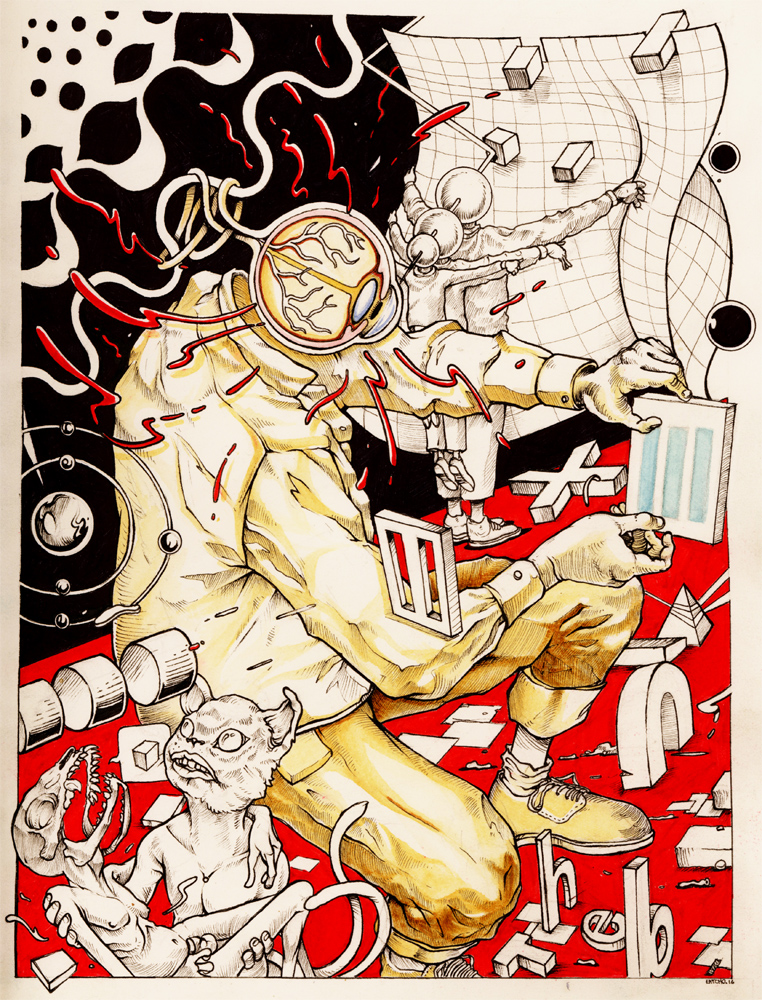 Here is nice video introducing Photosynthesis. Did you know that the Chloroplast in the plant cell have their own DNA like our cells mitochondria. It is thought that through the process of an endosymbiotic event in which the chloroplast was a cyanobacterium and was engulfed by the eukaryotic cell.

Many great artist to see here 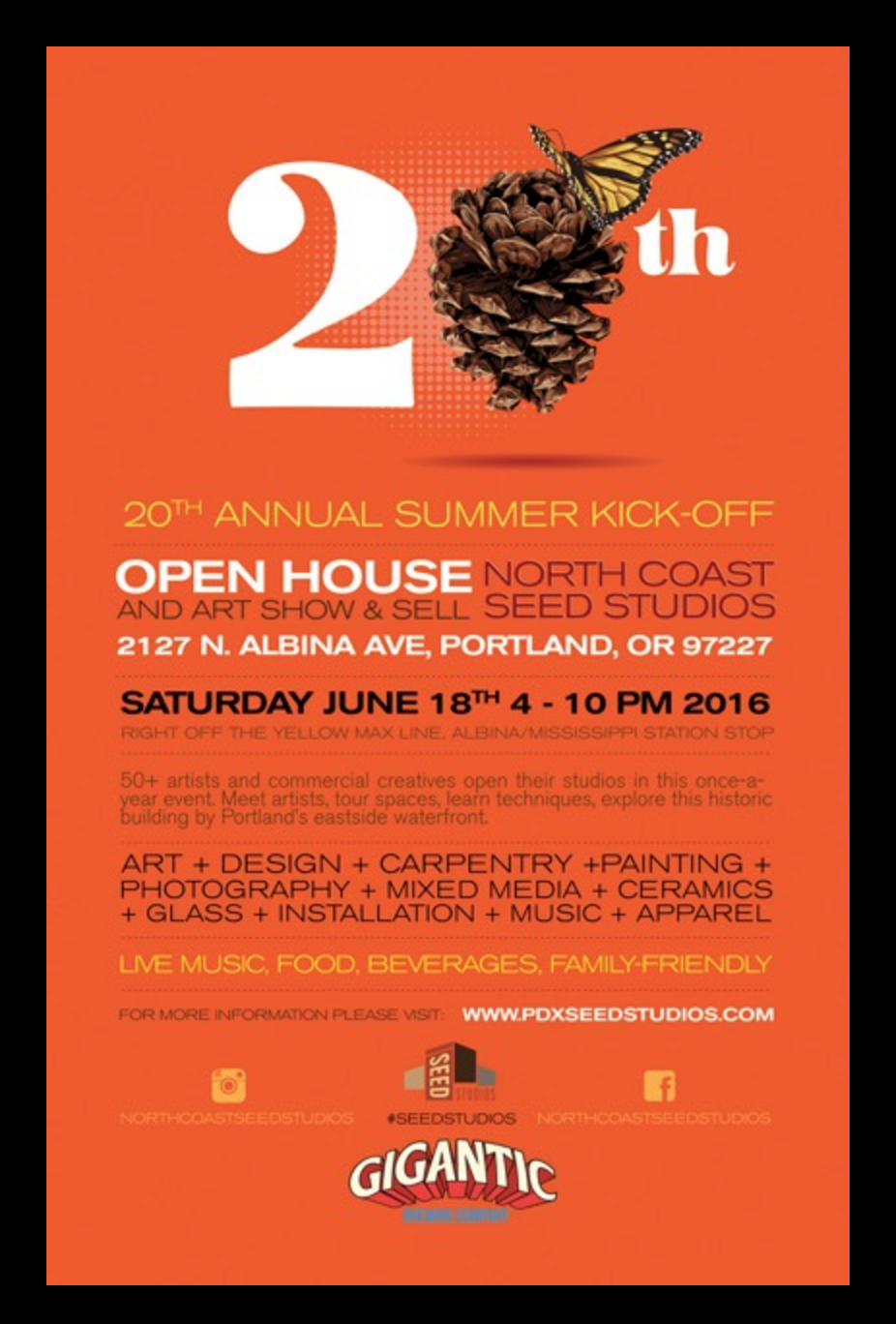 Thats all for now

thanks for checking it out. Stay super real. 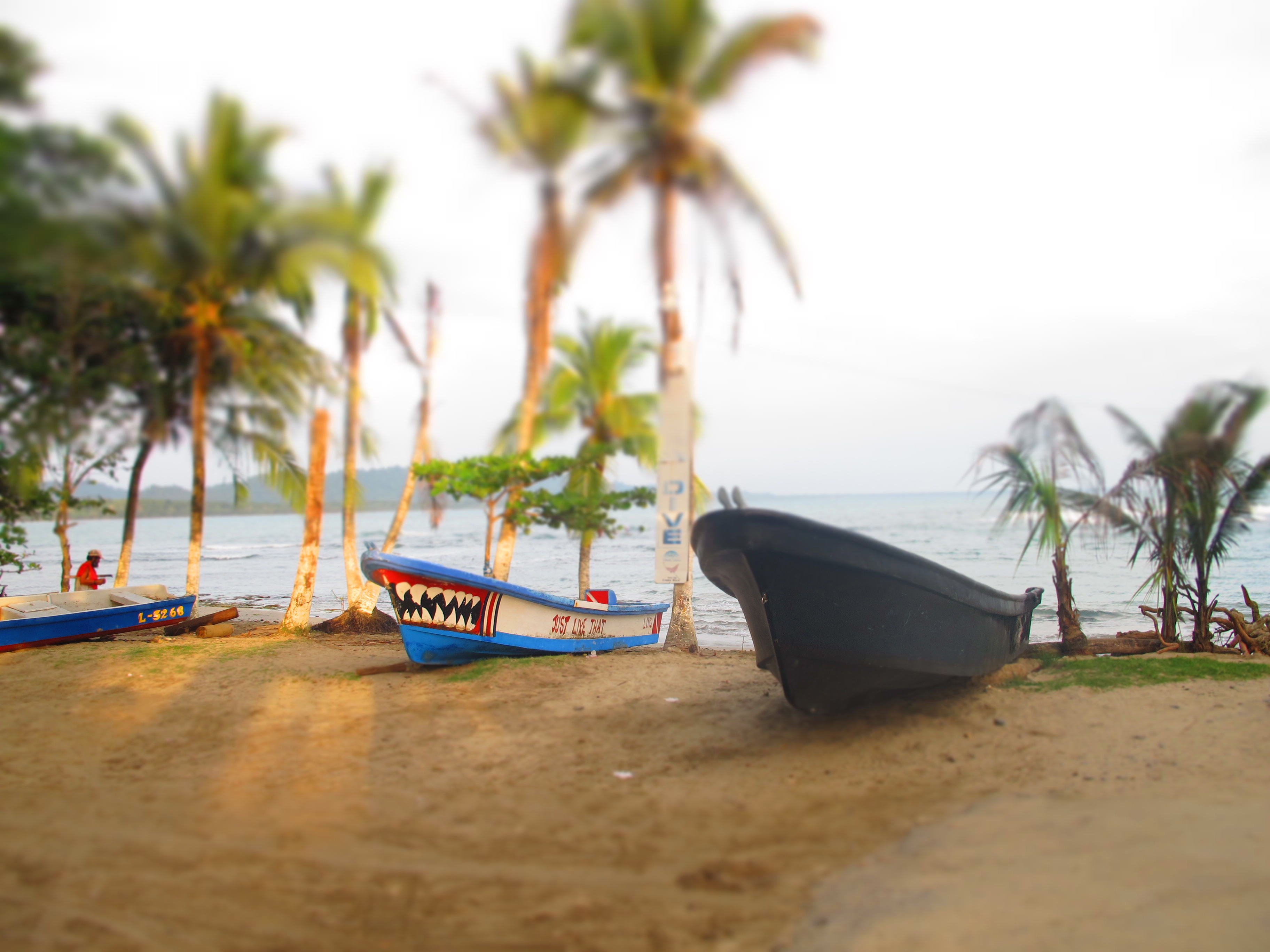