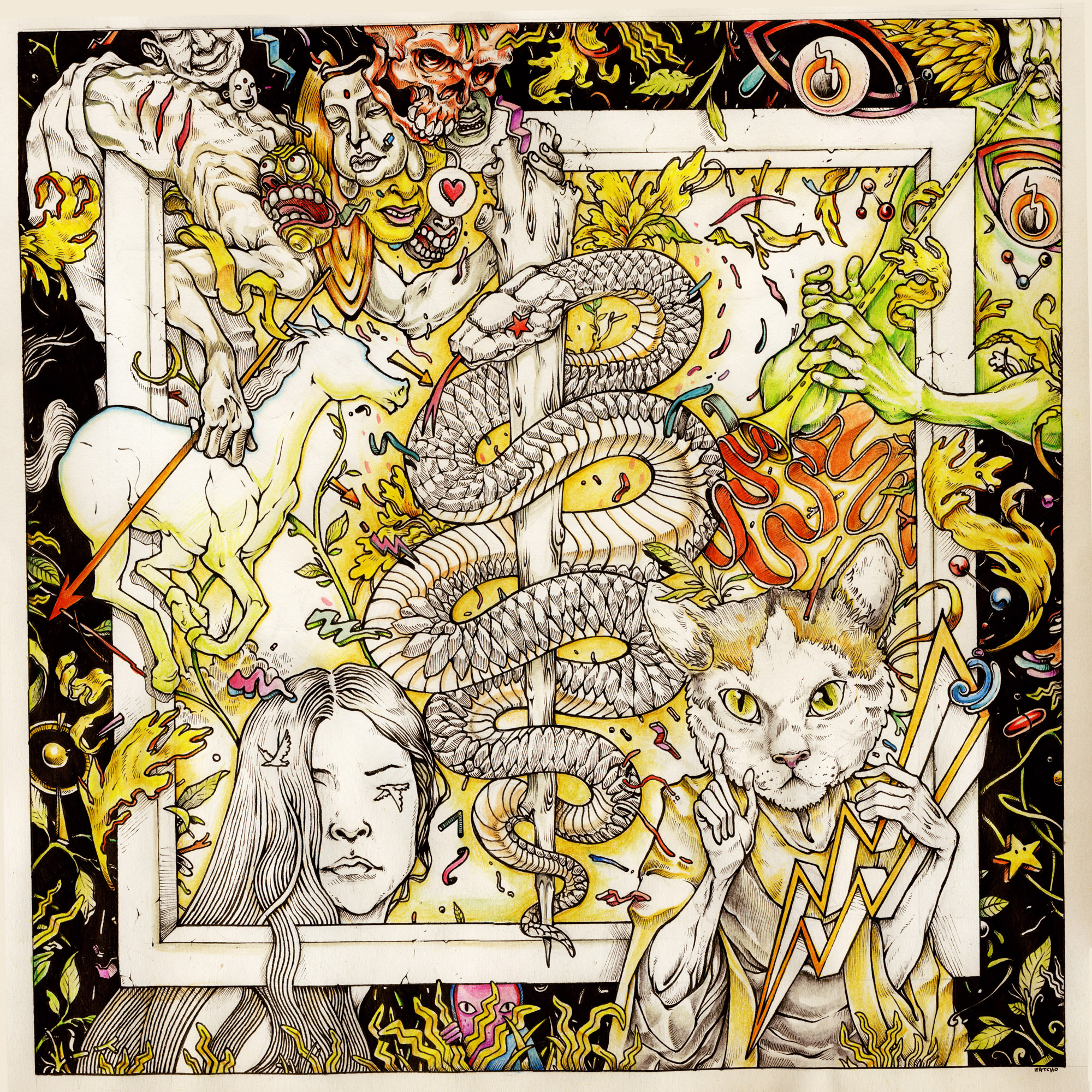 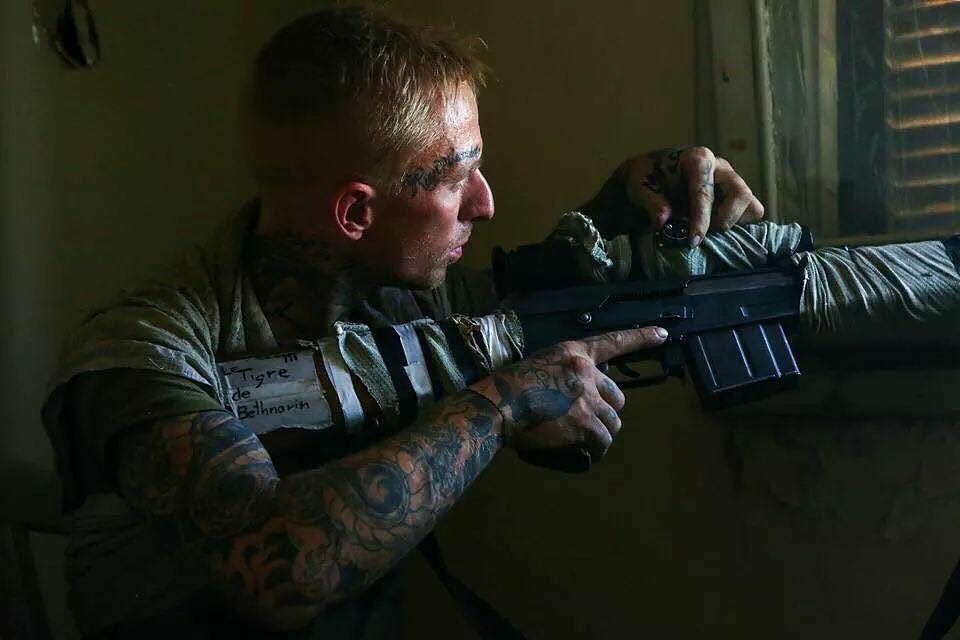 In this post I feature a commission for a friend whom is in the Kurdish YPG unit currently fighting ISIS in Syria. 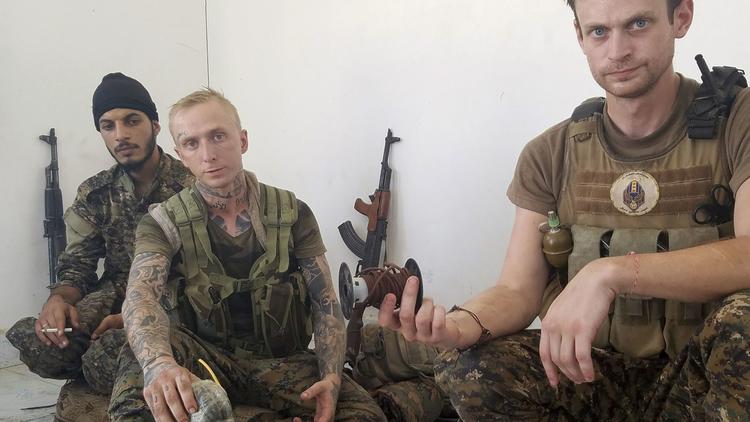 I wont lie, at first I had some convictions of working on artwork for a guerrilla force in such a turbulent time, yet this Particular faction is a small medical team composed of both medics and soldiers, Living everyday as their last and providing medical aide to  those in need on the battlefield whether civilian or soldier. I like that, and after personally communicating back and forth, I was honored to be asked to work on this commission.

The symbology for this piece goes as follows;

The familiar symbol of the snake intertwined on the stick is called the ,Rod of Asclepius, The snake has many meanings, one being the shedding of skin to become anew. Asclepius was a hero and god of medicine in ancient Greek religion and mythology, in this drawing I have him holding the staff and his head is breaking off into many depictions, like a many faced god, His sides are cut in a sense symbolizing adam giving his rib unto eve, penance, and sacrifice. On the right top is a snake charmer with eyes unseen playing the tune to keep it all moving somehow like dark matter. The larger eyes that float above is your conscious always staring back, always challenging one to look at themselves with an enternal tear drop for simply everything . The cat is one the YPG team adopted and it is holding a staircase lighting bolt, The Thunderbolt symbolizes the bolt that the god Zeus used to kill Asclepius , after Asclepius brought someone back from the dead through medicine ,this scared the shit out of Zeus fearing man would become to powerful. The Woman with two distant doves flying in front of her face and hiding her eyes, represents the mother, the feminine nature and the flow of water and wind, She is their as a reminder somehow. There is a lurker in the tall grass, because no matter what, there are always assholes out there in the world. The Horse is a symbol to keep going. Floating around are carbon molecules and foliage. –

Here are two other versions one without color and one matching the colors on their flag. 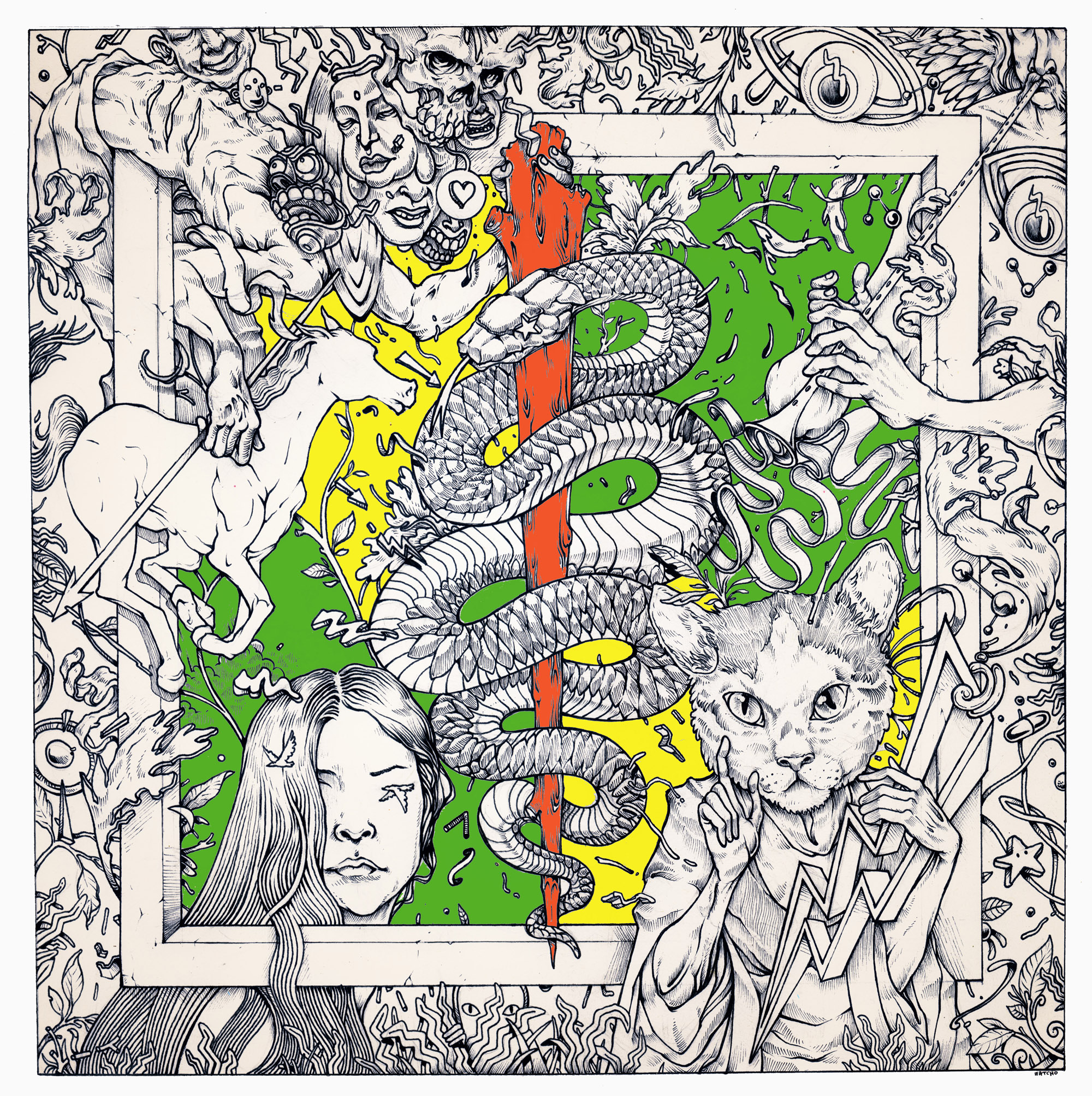 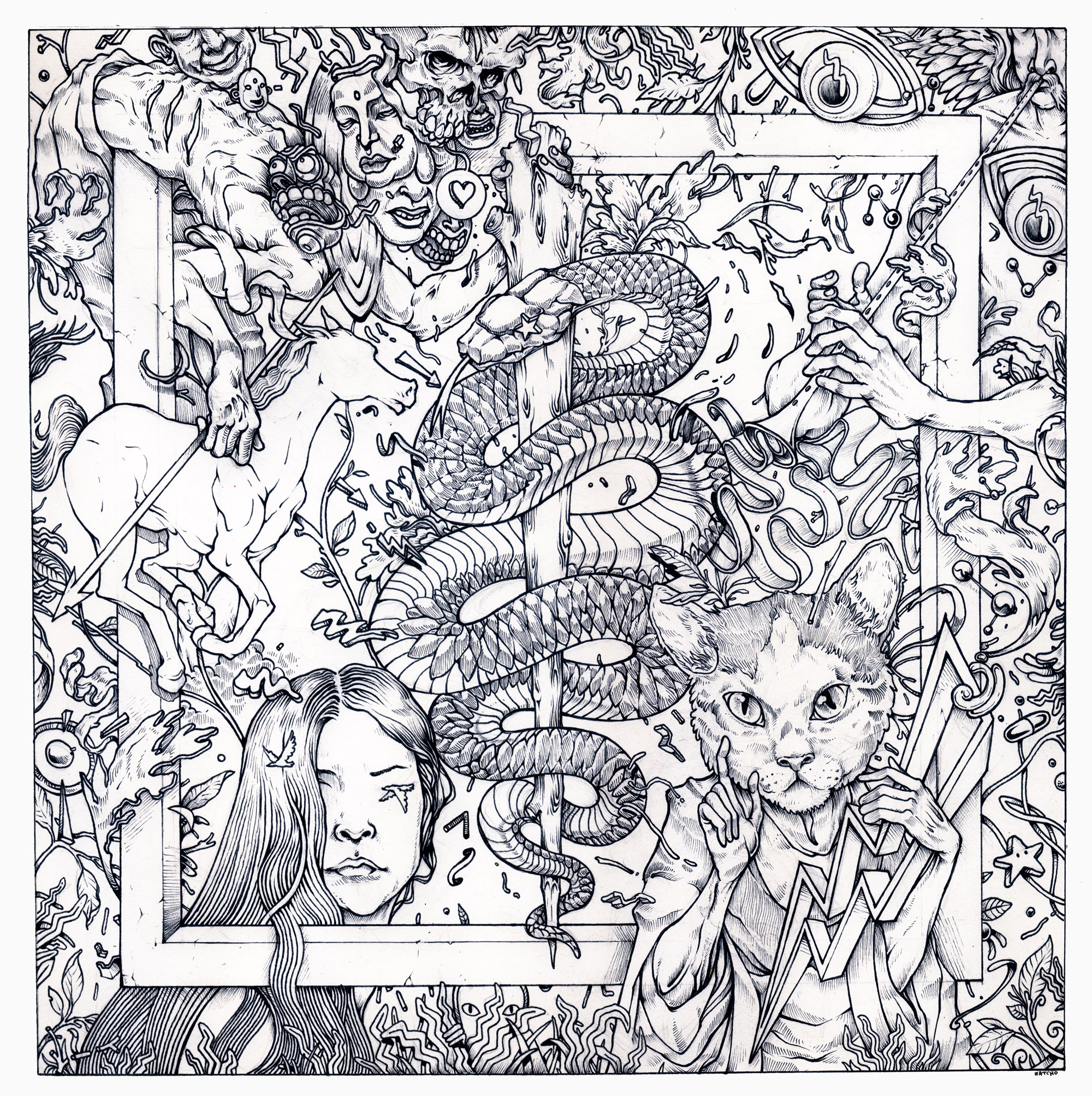 Here is a recent article about the YPG featured in the L.A. Times 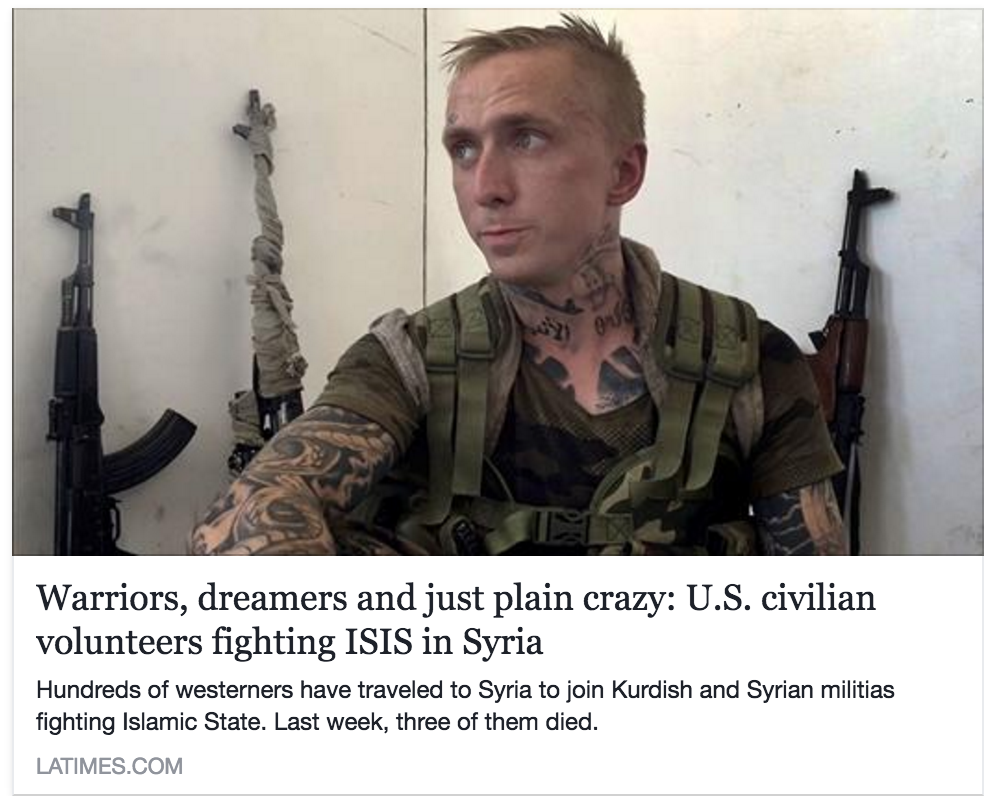 Take care of yourself,drink plenty of water and exercise.